The Ratby Co-operative Band are pleased to announce that David Purkiss has been appointed as their new Associate Musical Director, working alongside Professional MD Mareika Gray, and the team of conductors and band trainers at Ratby. 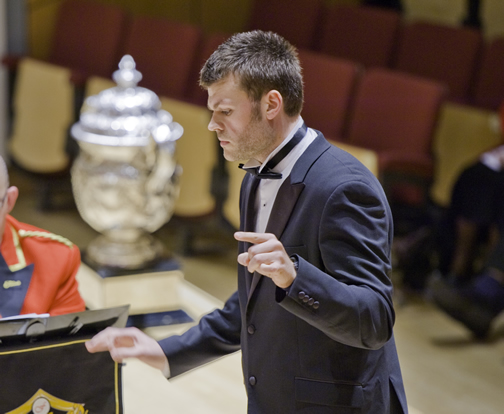 Having worked with the band previously in a playing capacity, David brings a wealth of performance and conducting experiences to the Ratby organisation. His proud musical background with the Salvation Army, including his time as a member of the International Staff Band, continues to shape and inspire David’s musical career. In addition to his role as Director of Music at The Friary School in Lichfield, David has also been Musical Director for a number of championship section brass bands including Thoresby Colliery and most recently The Staffordshire Band.

Speaking of the appointment Ratby Chairman Steve Plant said ‘we are delighted that David has accepted this position as Associate MD with our Senior Band and very much look forward to working with both David and Mareika. We would also like to extend our thanks to all who expressed interest in this position’.

The band now look forward to a fresh contesting season with their newly secured duet of directors, following a very successful 12 years for the band with Michael Fowles.

David will make his official debut with the Ratby Co-operative Senior Band at a forthcoming concert in Leicester on 22nd October.